Last Saturday marked the second annual Orlando Mini Maker Faire. I attended the first Orlando Mini Maker Faire last year and was immediately hooked after seeing all of the fascinating things on display (3D printers, robotics, art and technology) and the enthusiasm demonstrated by those at the Faire. Attending Orlando Faire in 2012 led to attending the NYC World Maker Faire and quickly deciding to become more involved with the Maker movement in South Florida.

Fast forward to one year later, folks from various South Florida groups decided to band together to represent South Florida Maker initiatives at this years Faire. Our proposal to bring 3D printers, an interactive Kinect robot demo and a CNC machine was accepted at the beginning of August and we started planning for the booth. Those plans became reality the weekend of October 5th as we arrived to setup the booth and prepare for the Faire. We had a great group representing various South Florida Maker initiatives: On the evening of the 4th, I arrived at the Orlando Science Center to setup and I wasn’t in the building for more than 5 minutes before I encountered the Southern R2-D2 Builders Group loading a trio of bots onto the freight elevator in what I could only interpret as an omen that an great Faire was upon us. The day of the Faire was a blast. There wasn’t a lot of time to get pictures and videos of the other booths, but I did manage to grab a quick clip of Pat Starace’s awesome new papercraft animatronic dragon:

At the booth, a constant stream of curious, excited and enthusiastic people came by the booth and we had great demos to show off as seen in the pictures below: 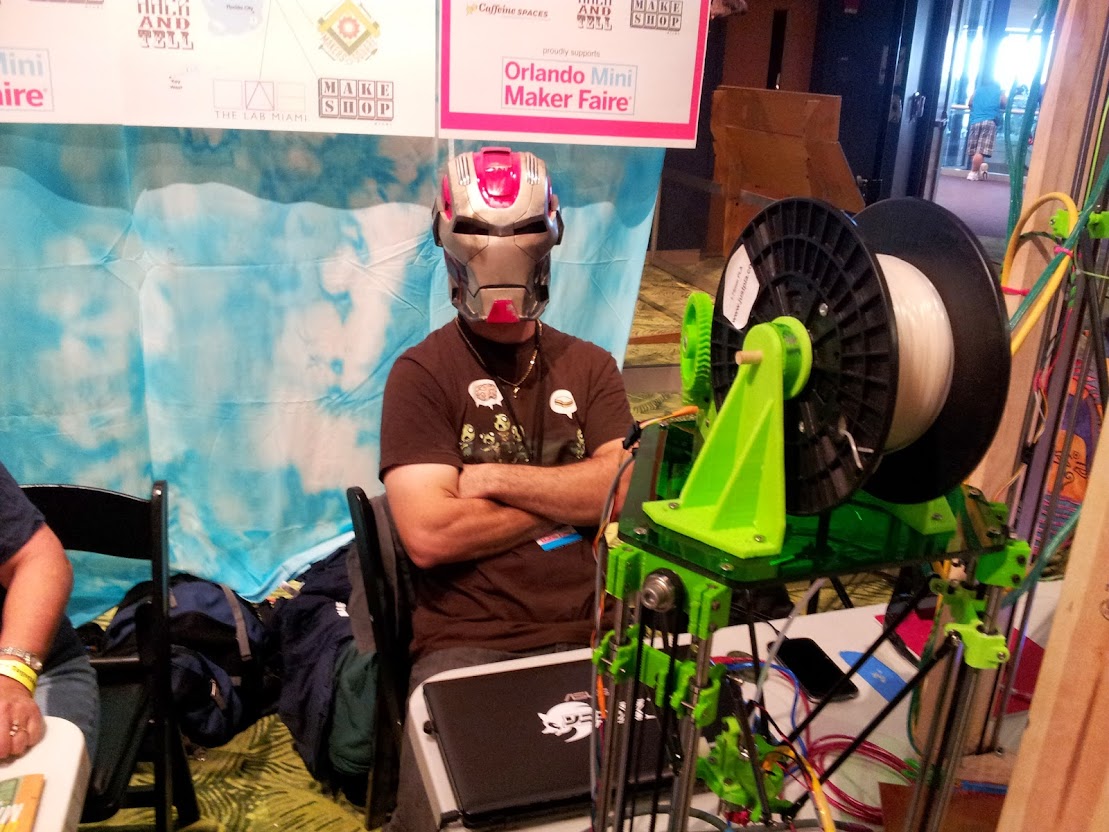 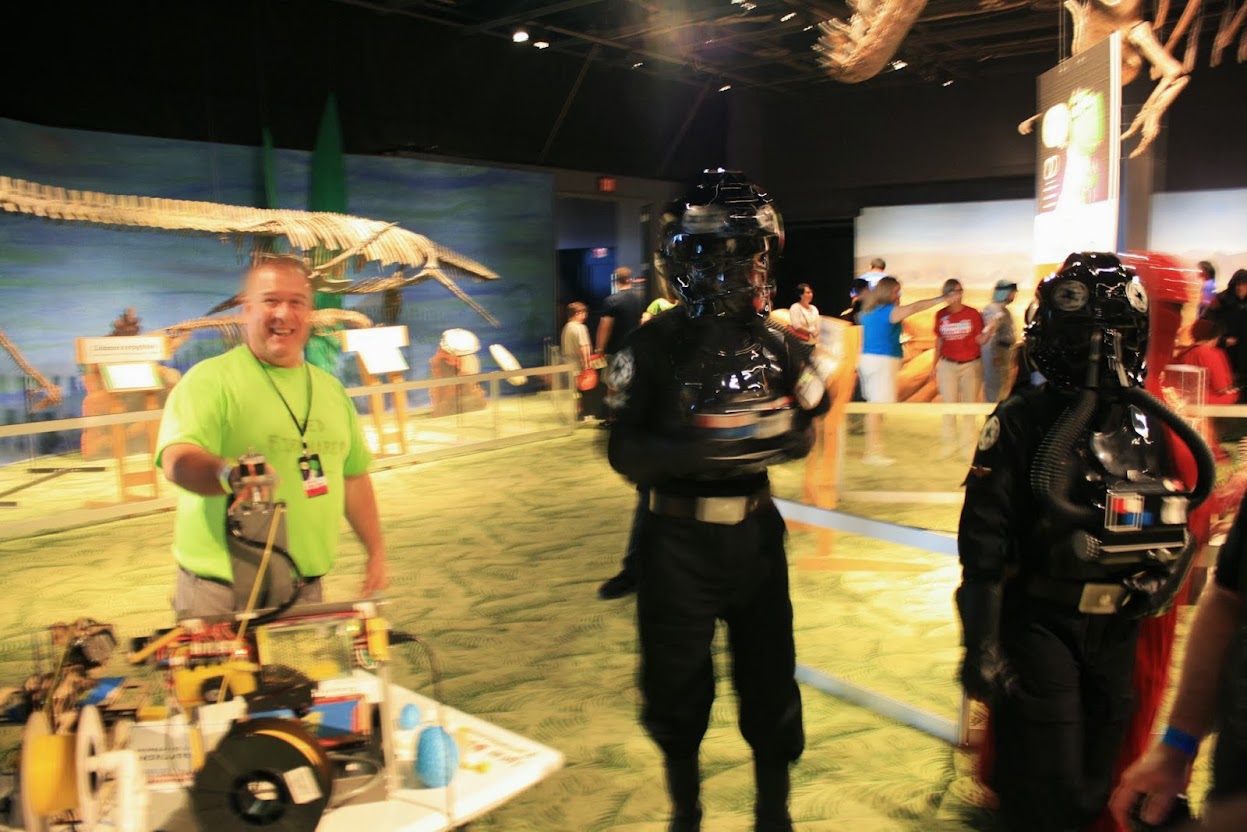 I’m pretty sure Matt is trying to convince the TIE fighter pilots that they could simply 3D print a new Death Star. Not sure if they bought it. [Photo courtesy of Mike Greenberg] Matt demoing one of two Zen Toolworks machines he brought to the Faire along with his Printrbot Jr. [Photo courtesy of Matt Trask] Pierre showing someone how to use the Kinect robot demo. [Photo courtesy of Mike Greenberg]