At the end of April this year, NASA announced a tweetup would be held at the Johnson Space Center in Houston, TX during the STS-132 mission. I had never been to JSC or to Texas for that matter, so it did not take much consideration to apply when registration was opened. Luckily enough, I received a confirmation email and soon had a flight booked.

A few days before heading to the Lone Star State, I was determined to watch the launch of Atlantis and headed to Cocoa Beach. Once again, NASA made it look easy as the Shuttle lifted off right on time: Fast forward 5 days and 1,000 miles and it was time for the JSCTweetup. 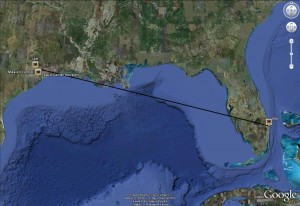 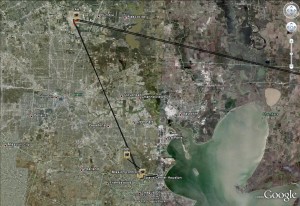 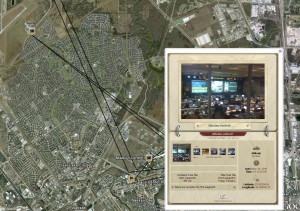 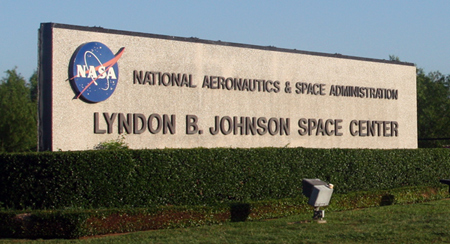 The tweetup kicked off with a presentation by Astronaut Jeff Williams (@astro_jeff) about his experiences aboard the ISS, launching to space on the Shuttle vs. Soyuz and a presentation by Boeing engineer Talat Hussain about the Ku-Band antenna which is used on the ISS to communicate with mission controllers. Oh yea, and one of the three screens in the auditorium was showing a LIVE SPACEWALK during the whole thing! Awesome. After the presentations concluded, we were transported from Space Center Houston to the Johnson Space Center. More specifically, to Shuttle Mission Control (!!). ISS Flight Director Ed Van Cise (@carbon_flight) spoke to our group and answered questions as we watched a spacewalk occurring on the big screens. From Apollo Mission Control, we boarded a bus to the Neutral Buoyancy lab, where we saw four astronauts training in the pool. Last, we stopped at the Space Vehicle Mockup Facility, where we spoke with Astronaut David Leestma who discussed how the SVMF was used for training to familiarize Astronauts with the shuttle and various parts of the ISS which were in the building. Once again, NASA put on a fantastic event. The behind-the-scenes access was phenomenal, even if I was not successful in convincing them to let me dive in the NBL with my PADI certification. Thank you to everyone at NASA!